John Garamendi was raised on his family’s ranch in Mokelumne Hill, California. He received his B.A. in business from UC Berkeley where he was a Wheeler Scholar, second team All America offensive guard, two-time all Pacific Coast Conference team, and the 1964 West Coast heavy weight wrestling champion. He also holds an MBA from Harvard Business School. He and his wife Patti served in the Peace Corps in Ethiopia before returning to the U.S and settling down in Walnut Grove, where they raised six children. They now have 13 grandchildren and continue to raise Angus cattle on their family ranch and grow pears in their Delta orchard in Walnut Grove.

Elected to the state legislature in 1974, Garamendi’s first legislation was the Rural Health Act of California to ensure that underserved residents in rural communities had access to quality health care. As a legislator, he established a work-oriented welfare program, developed a state agenda for economic competitiveness and scientific advancement, and authored legislation to fund the construction of research facilities across the UC system.

Beginning his service as California’s Insurance Commissioner in 1991, Garamendi earned a reputation among state and national consumer organizations as the most effective protector of consumer interests in the nation. He successfully forced insurance companies to pay claims to policyholders, reduced homeowner, auto, and worker's compensation rates, and significantly curtailed insurance fraud.

Appointed Deputy Secretary of the Interior in 1995 by President Clinton, Garamendi led the U.S. CALFED negotiating team in a process to restore the environment in the Sacramento and San Joaquin River basins and the Delta, while meeting the improved water availability for farmers and the region's rapidly growing cities. In what came to be known as the "Garamendi Process," city leaders, farmers, fishing interests and environmentalists systematically worked to resolve their differences and adopt mutually acceptable plans and policies to implement the Central Valley Improvement Act.

Elected California Lieutenant Governor in 2007, he served as a UC and CSU Regent, where he fought for higher education funding and voted against every proposal to raise undergraduate tuition. As Chairman of the California Commission for Economic Development, he led successful efforts to expand workforce development and vocational education.

Elected to Congress in 2009, he seeks to address the fundamental issues that face all Americans: job creation, fixing a broken economy, access to affordable health care, protecting Social Security and Medicare, and cleaning up Wall Street. 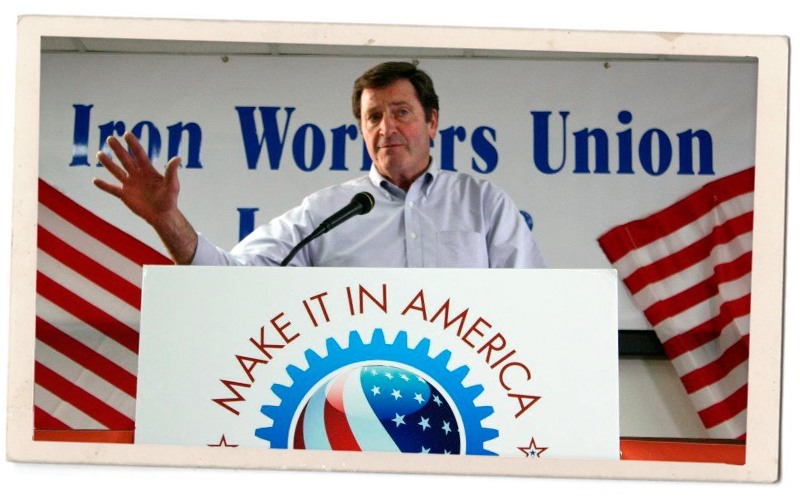 Garamendi sits on the House Transportation & Infrastructure Committee as a senior member, working to ensure needed transportation and infrastructure investments to create American jobs and enhance domestic manufacturing. As a member of the Water Resources Development Act (WRDA) Conference Committee, Garamendi is part of a bipartisan bicameral delegation responsible for shaping the nation's water infrastructure policies. Working across the aisle with Republican lawmakers, Garamendi has helped secure levee funding for our region at the Shanghai Bend on the Feather River, the Marysville Ring Levee, and the J Levee in Hamilton City.

As a senior member of the House Armed Services Committee, Garamendi continues to protect and expand Travis and Beale Air Force bases which provide critical logistics and military intelligence programs that serve our nation in times of war and peace. A strong advocate for veterans, Garamendi has supported every bill in the House designed to help veterans and their families, including tax credits for employers who hire veterans and VA funding.

Garamendi also serves as the Chairman of the Armed Services Subcommittee on Readiness. In that capacity, he oversees over one-third of the Department of Defense's authorization--the largest of any Armed Services Subcommittee. He’s taken full advantage of his time as Chairman to empower our military to respond to the effects of climate change, passed legislation to provide stronger health care services to service members, and enacted a “tenants’ bill of rights” into law to provide greater legal recourse for service members who have been harmed by unhealthy conditions in privatized military housing.

With 30 years of experience in California water issues, Garamendi has become the leading advocate for a comprehenisve water plan for all California. As part of the water plan, Garamendi has developed bipartisan legislation to build Sites Reservoir, an off stream reservoir. He is a leader in the fight to stop the twin tunnels that would destroy the Delta. Instead of an expensive plumbing system that won't create a drop of new water for the state, Garamendi has called for more cost-effective investments in water recycling, conservation, and storage to help meet our water needs.

As the former Ranking Member of the Subcommittee on the Coast Guard and Maritime Transportation, Garamendi became a leading Democrat shaping America's port policy, a very important role for promoting exports in manufacturing and agriculture.

Promoting policies that create jobs in Northern California, Garamendi has become the leading advocate for the Make It In America program to strengthen manufacturing. He is the author of four Make It In America bills that require that our tax money be spent on American-made equipment and jobs. His goal is to create a pathway to the middle class for thousands of hardworking Americans. Garamendi regularly hosts local job fairs to bring employers and job seekers together.

When Garamendi served as a member of the House Agricultural Committee, Garamendi helped shape a Farm Bill that gives Northern California farmers a fairer shake. He worked across the aisle to make flood insurance more affordable and has worked closely with UC Davis to bring more agricultural research to our region. 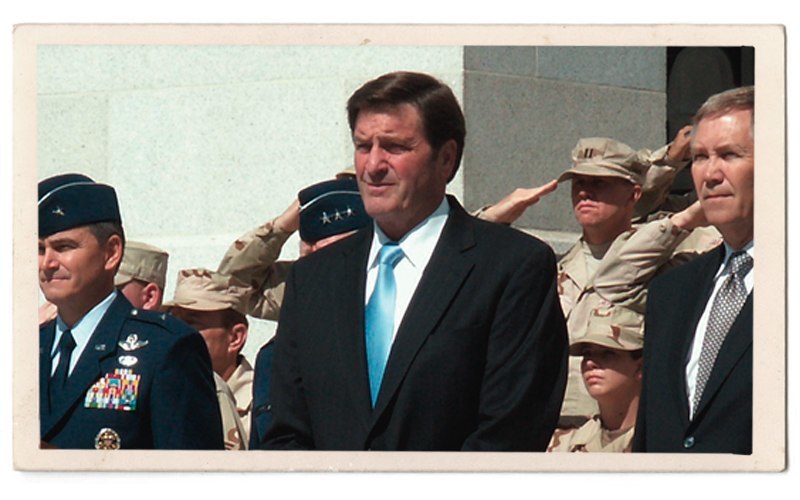 Patricia Garamendi is an active and dynamic leader in the international community, having dedicated her life and work to food security and international development efforts that began with her Peace Corps service in Ethiopia in 1966.  Since that time, she has traveled from continent to continent, strategically and innovatively bringing relief, hope, and revitalization to communities ravaged by war, drought, and flood.

Rare is the couple that takes a two year honeymoon, and rarer still is the couple that dedicates that honeymoon to the tireless work of fighting disease and poverty in a remote African village.  The Garamendis’ first lesson to the schoolchildren they sought to help was the transformative power of collaboration, showing them how to build a bridge and effectively ingraining the idea that, if they worked together, they could accomplish anything.  So profound was this lesson that, when John and Patti returned to the same Ethiopian village 46 years later, their former students remembered the message and had gone on to become leaders in their own communities.

Ms. Garamendi and her husband were just as profoundly impacted by the experience, dedicating their lives to service from that moment forward.  As a couple, they lived the collaborative spirit they had instilled in their pupils, and when John was elected to the state legislature in 1974, Patti was active in analyzing, debating, and advocating for the issues at hand.  Her passion for promoting economic development in California and throughout the United States never lost its global reach—a reality most notably underscored when she returned to Ethiopia in 1984 to help famine victims, and again in 1988 when she worked as part of the disaster team sent to Honduras after a hurricane devastated the country. Through these and similar efforts, she has always aimed to put America’s best face forward while demonstrating the humanity that transcends geographic and cultural differences.

In 1993, Ms. Garamendi moved to Washington, DC to serve as the Associate Director of the Peace Corps, where she worked for five years and led the charge to recruit 24,000 Peace Corps volunteers in 94 countries around the world. In this capacity, she arranged the distribution of American food and aid to famine and refugee centers in war zones and developing countries, and not even an Ebola outbreak in a refugee camp in southern Sudan could deter her from her work.

Patricia Garamendi later served as the Deputy Administrator for the Foreign Agricultural Service’s International Cooperation and Development (FAS/ICD) program area, where she was responsible for policy development and program administration aimed at promoting and enhancing the USDA’s involvement in cooperation and development activities worldwide. The lesson on collaboration she had taught her Ethiopian schoolchildren remained unchanged, but was now amplified globally through her efforts. While at FAS, she led the $13 million recovery program following Hurricane Mitch and helped develop the Global Food for Education Program.

She also served as the U.S. Government’s National Food Security Coordinator and the Vice-Chair of the Committee on World Food Security of the Food and Agricultural Organization (FAO). In her role as National Food Security Coordinator, Patricia worked tirelessly to promote global food security and to ensure full participation of the U.S. government and civil society in implementing the “U.S. Action Plan on Food Security.” She re-energized the work of the FSAC and rebuilt the linkages to civil society organizations both in the United States and abroad. Patricia’s most lasting achievement, however, has been to bring a human dimension to our work in food security. She shared with USDA staff the insights learned from talking directly to people living in refugee camps, to government leaders trying to promote sustainable agricultural development and to staff of nongovernmental agencies implementing food distribution programs. Her passion and commitment to achieving world food security are unparalleled.

In 2000, Ms. Garamendi delivered the keynote address at the Global Summit of Women Conference in South Africa, promoting the importance of women’s empowerment, broad based educational opportunities, and economic policies geared toward job creation in the developing world.  Later, in 2007, she refocused her efforts on Honduras, which was now plagued by deadly floods.  The Garamendis orchestrated the transfer of 40,000 pounds of rice, grown in California and donated by the Rice Farmers Cooperative, to the country, also working to rebuild villages and offer medical services.

Throughout this lifelong commitment to serving and transforming the global community, Patti has raised six children, modeling for them the importance of economic development and cross-cultural understanding and collaboration that are hallmarks of her thirty years in public service. A graduate of the University of California, Berkeley and the Humphreys School of Law, she has also served as Deputy Secretary at the Business, Transportation and Housing Agency, and as Deputy Secretary at the California Technology, Trade and Commerce Agency.  Her identity as a Peace Corps volunteer has never left her focus, however, leading her to help found the Joe Lurie Returned Peace Corps Volunteer Fellowship, the first scholarship available to Returned Peace Corps volunteers to pursue a Ph.D. at a California university.

Today, as she helps to direct and maximize the efforts of John Garamendi’s Congressional offices representing California’s 3rd district, Ms. Garamendi is always looking for the next opportunity to promote development and propagate hope in the global communities that need it most. She sees the accomplishment of each incremental goal—like her recent efforts to bring computer access to rural impoverished communities—as another step along the road to creating the more prosperous and equal world she set her sights on as a college student all those years.